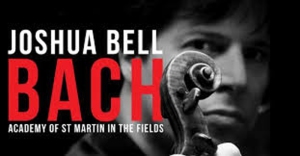 In his third season as music director, violinist Joshua Bell has begun to record the masterpieces of J. S. Bach with the Academy of St. Martin in the Fields. On the recording for Sony Classical, Bell and the orchestra perform Bach’s Concertos in A minor and E Major for violin (BWV 1041-42), an arrangement for violin and orchestra of the Chaconne from Partita in D minor (BWV 1004), the Gavotte en Rondeau from the Partita in E Major (BWV 1006), also in an orchestral version, and the Air from Orchestral Suite no. 3 in D Major (BWV 1068).

Bell says, “In the Academy of St. Martin in the Fields, with many of its members having had vast experience playing with original instrument bands, I have found the perfect partner – an orchestra that, in my opinion, wonderfully balances an authentic style with some of the beauties of modern tradition. It is because I my work with the Academy that I finally felt compelled to begin to record the music of Johann Sebastian Bach.”

“In the past two decades I have had the opportunity to collaborate with a number of early music specialists, and I believe that the early music movement has revolutionized the way the world listens to Baroque music – in a very good way! While I have incorporated in my musical philosophy much of what I have learned from this movement, I have also tried to retain in my approach to Bach some of the modern sensibilities that are so rooted in the way I was taught to play the violin. The result is, I hope, a melding of the old and the new, which I suppose sums up what it is to be a classical musician in the modern world.”

While Bell has said he will still wait many years before recording the Sonatas and Partitas (BWV 1001-6), he offers on this album a provocative interpretation of the crown jewel of the second partita, the Chaconne. “There will be those who say that the Chaconne should only be performed in the way it was intended, for solo violin, but I’m a firm believer in celebrating great music in different ways,” says Bell. “With this new arrangement, we have a new way to listen this masterpiece, and with it we also get a glimpse into the mind of the genius Felix Mendelssohn.” Mendelssohn was instrumental in advancing Bach’s reputation in the nineteenth century, and a piano improvisation based on the Chaconne appeared in 1852. Hearing Mendelssohn’s arrangement inspired friend and peer Robert Schumann to compose accompaniments to all six of the Sonatas and Partitas, and an orchestration by Julian Milone of Schumann’s reworking of the Gavotte from the third partita is also included on the album. 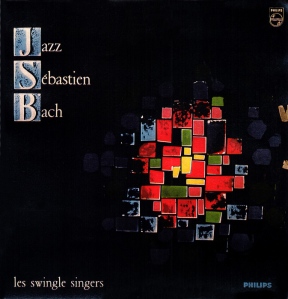 It’s fifty years since Ward Swingle and a group of Paris-based session singers first experimented with translating Bach’s The Well-Tempered Clavier (BWV 846-93) into a swing feel. Without changing a note of the original scores, they added jazz scat and a rhythm section to intricate melody lines that had never before been attempted by the human voice. The result was the unmistakeable, era-defining sound of “Swingle Singing.” Their 1963 debut LP took them to number one in the charts, won multiple Grammy awards and redefined what the voice could achieve.

Five decades on, the Swingle Singers are still at the vanguard of vocal music. Successive generations of singers have expanded the repertoire to include jazz, pop, rock and Latin music, via collaborations with artists as diverse as Luciano Berio to Jamie Cullum. The Swingle Singers of 2013 are an a cappella super-group complete with a five-octave range and their own vocal rhythm section. But the group has always kept Bach’s music close to their hearts.

In celebration of their fiftieth anniversary, today’s line-up of seven young and versatile voices will present a special Bach program on 23 May 2013, featuring some of their favorite preludes, fugues, airs and inventions, as part of the ongoing Bach Unwrapped series at Kings Place in London.