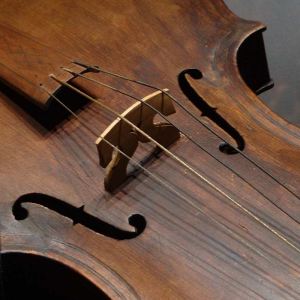 A Facebook petition by two Baroque cellists has helped quash concerns that gut strings could be banned by the European Union because of fears of Mad Cow Disease. Following the campaign, the Italian Ministry of Health ruled that beef gut can be imported when used only to make instrument strings.

Mimmo Peruffo, the owner of Aquila Corde Armoniche in Vicenza, had been concerned that the early music industry would suffer if EU licensing problems were not solved. He had been facing difficulties in importing beef serosa to his native Italy.

The cellists, Claudio Ronco and Emanuela Vozza, created the page “Salviamo le Corde di Budello” (let’s save the gut strings) which attracted hundreds of fans. More than 2,500 people also signed petitions, one of which was sent to the EU and another to the Italian Government.

Peruffo, along with the violin maker Dmitry Badiarov and Geert Robberechts (the manager of La Petite Bande), went to Brussels in early December and met two MEPs, along with EU officials, who promised to establish a Technical Commission to safeguard the art of string making.

“It wasn’t the EU’s intention to ban gut strings,” he added. “I suppose the EU policy makers were not aware that string makers existed and that early music depends on these string makers. But as the result of successful petitions, media exposure and of our visit to the EC, the policy makers now know that music industry needs gut.”

Peruffo told Early Music Today that although the problems had been solved, it would take “between four and six months to rebuild stock” at Aquila.

“The EU problem was not for our company only, but for EU string makers in general,” he said. “What is important here is that the EU finally delivered a good solution.”

Carolyn Clarke, director of Bow Brand International, has been manufacturing natural gut strings in Norfolk since 1902. She says her company has had no problems and that the industry is “heavily regulated by DEFRA. Our raw material is supplied to us from Scotland, Northern Ireland and the Republic of Ireland, and the abattoirs which produce for us do so under license.”

“It’s all a bit stupid,” continues Clarke. “The gut is bleached and varnished in string making so it poses no risk to humans. And why would anyone chew on a string?”