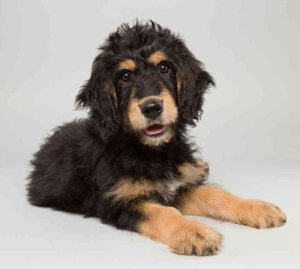 This year’s new element is a fantasy game, in which each viewer may log into a Facebook account and pick a trio of cuddly canines destined to dominate the dog-on-dog action.In the first round, NPR Classical is honor-bound for obvious reasons to root for Bach, a fourteen-week-old male Bernedoodle (a cross between a Bernese Mountain Dog and a Poodle). In the second, we selected Van Helsing, an eighteen-week-old Basset Hound – partially because we like Dr. Van Helsing and Dracula from Philip Glass‘s score to the Bela Lugosi film Dracula, as performed by the Kronos Quartet. Rounding out our team is Sparky, a sixteen-week-old Yorkshire Terrier who shares a name with Charles “Sparky” Schulz, creator of Peanuts – and Schroeder!

Watching the Puppy Bowl? Have an opinion on how Bach is playing Sunday? Got any comments on the music in the other bowl game with humans? Let us know in the comments, on Facebook or Twitter.