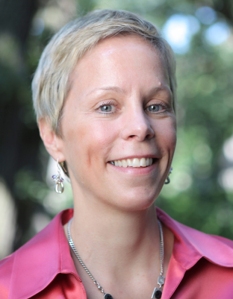 In the career of a composer there is always that one work that stands out – as either the most difficult undertaking or as the most iconoclastic. For noted composer Augusta Read Thomas, that likely will be the twenty-five-minute Resounding Earth. It’s easy to see why. Her work, which will be performed by the Third Coast Percussion ensemble, is scored solely for metal instruments – many of which Western audiences have never heard.The work will be a centerpiece of the thirty-fifth annual Festival of New American Music (FENAM) at California State University, Sacramento, which begins Thursday. It runs through 10 November and brings such varied acts as the New York-based JACK Quartet, guitarist Benjamin Verdery and the San Francisco Contemporary Music Players to the CSUS Music Hall. It will not only be the West Coast premiere of Resounding Earth. Thomas will also deliver the event’s keynote address.

Thomas is a composer with a taste for the adventurous. Hers is a regal résumé among those of new American music composers. Her orchestral works have been performed by the Berlin Philharmonic, the New York Philharmonic and the Philadelphia Orchestra, among others. She also owns the distinction of being composer-in-residence with the longest tenure at the Chicago Symphony.

At Sacramento State’s FENAM, audiences will hear what this composer can do in a new realm: Resounding Earth is her first work for a percussion ensemble. “The piece was written for approximately three hundred pieces of metal,” said Thomas via phone from the University of Chicago, where she is on the music faculty. “In that sense it’s the most unusual piece I’ve ever composed.” It’s no accident that Third Coast was invited to Sacramento to perform the work – Thomas and the ensemble have worked closely together the past two years to shape it.

The work has proved a challenge to notate as well as play. That realization grew out of the several workshops to which Thomas would bring evolving versions of the piece to the ensemble for playing and discussion. “This is exactly what was needed, because bells are very complicated instruments – some of them have very long decays,” said Thomas. “Some have complex sounds and overtones, while others are extremely pure and have a fluid decay . . . and of course, when you hit them with different mallets, and in different places on the bell, you get different overtones and colors.” The arrangement of metallic instruments includes a set of one hundred twenty-five bells, as well as singing bowls.

It’s one of the most difficult works Third Coast has ever attempted, said David Skidmore, a percussionist and composer with the ensemble. “This took a great deal of practice and rehearsal time,” said Skidmore. “To make this huge collection of bells sound like one piece of music, each bell must be struck with a slightly different velocity, with a slightly different touch.”

Use of the metal instruments will be reminiscent of compositional roads forged by composers John Cage and Lou Harrison. They were not shy about introducing culturally specific percussion instruments – like gongs and Chinese cymbals – in their works. Thomas’ work calls for the use of Burmese spinning bells – which rarely appear in Western music. In Resounding Earth eighteen of them are used. “The combined sound is, in many ways, totally unprecedented,” Skidmore said. And if counting measures and making adjustments for factors such as bell decay and mallet strikes weren’t enough trouble, it proved daunting to notate. “If you wrote down the name of every single instrument, of every single Tibetan bell, baby bell or gong, it would be impossible to read it,” said Thomas. “The music notation would look like a spider web on the music page.” So Thomas and the ensemble devised a notation system, with its own nomenclature, that described each musical aspect and section, as well as notations for each collection of bells. That new system was learned by the ensemble as the piece evolved. Otherwise, Thomas said, it would have been impossible to learn it within the typical rehearsal time that ensembles get with new music.

It’s easy to see Thomas’ adventurous streak. She grew up the youngest of ten children in a musical and artistic Glen Cove, New York, family. Her mother was an amateur pianist and her father a music lover. “My father would make us listen to J. S. Bach every night after dinner when we were very little – we were not allowed to watch any television,” said Thomas.

At age ten Thomas was writing short musical works and taking in Cage’s music. It all made a deep impression, though she admits she was too young to fully understand his music. She also remembers becoming fascinated by the work of Bach. “I find his work incredibly spiritual. It’s very immediate,” Thomas said. “You listen to it and it bubbles out with this natural flow and energy, and yet underneath there is such a wisdom and honesty – I find that incredibly uplifting.” She credits the exposure to Bach and Cage, as well as other music, with inspiring her to become a composer. “I feel lucky to have been inspired by that kind of repertoire from an early age onward,” she said.